I don’t really know what to say these days. Words fail me. I haven’t been up to much lately. I went for an AFS activity on saturday and we played escape rooms in Mechelen, it was great, I actually really like the entire AFS team. I went for a party that night and it was pretty much like any other party, music, drunk teenagers and people making decisions they’d probably regret the next day. Although I have to say, it was nice to step outside the party with my classmate and actually interact with people, I think the best part is when you know you’re right and are in the position to give their drunk selves some sober advice.

Come Monday, it was the yearly market of sorts. It was absolutely beautiful, everyone was on the street and cooking and baking, selling beautiful plants and fresh harvest. My mom would’ve loved it. They also have really really big cotton candy here or “Barbe a papa” in french. It’s almost a festival here. The market was attached to a fair where we went shooting , which was pretty fun because I won a toy and it is so adorable. We went on a few rides and hung around mostly.

On Monday night, I went for a dinner with my host dad and host step mother I guess? They’re really nice people, we actually really bonded over India since they’d made a trip there recently. Later we watched fireworks from the “Gemeentehuis” or better known as the balcony of the community hall. It was magnificent and also reminded me so much of Diwali. The air smelled like the streets during the Diwali. It made me so happy that I was grinning like a child.

I was in deep conversation with an ecologist about the pollution levels and climate change when it was time for me to leave. I really hope I can continue that conversation some day.

For now, I have taken a lot on to my plate which includes learning python, studying for AP’s, practicing vocabulary for the immense number of languages I’m trying to learn and making travel plans for weekends. Days are great with certain low moments, but I think if I manage to keep myself focused, I’ll be just fine. 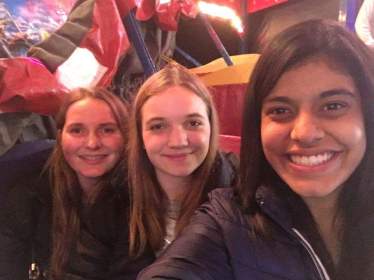