For today I am taking over this blog. For the ones who wonder who ‘I’ is: I’m Niyati’s AFS-host-sister. Today is a special day: The 100th day in a foreign country, between people with a foreign language. So here’s my view on her stay so far.

A shy girl, that was my first impression, but you know: who isn’t shy for a few minutes with new people. But then maybe, it was the culture shock, because it was a warm day for us and I was running around in a pair of shorts and a t-shirt that didn’t quite cover everything.

Then immediately my friends and I were arranging a whole week of showing and eating. My brother took us to the most important place of Brussels: the comic strip museum as you already know and of course the Flemish parliament. Because of her, I became tourist in my own country; I discovered new things/places in the city I visit the most. I have come to know her better and she; me, the long nights we already shared laughing and snickering.

It’s weird how cultures can be so different, but so alike. Although maybe Indian culture is a bit more severe. I think by the end of this year Niyati will have seen most of the European countries, she’s already seen Belgium, The Netherlands, Spain; In a few weeks we’re going to London, Berlin with school, Aachen to go shopping (so Germany) and we’ll try France and probably Switzerland to.

Teaching her this language is hard though! We started with ‘goedemorgen’ (goodmorning) and ‘kip’ (chicken) and now we’re at ‘kieken’ en ‘ik kan een heel klein beetje Nederlands’ (I can talk a little Dutch). Tagging each other in memes is part of our daily chat, the other part consists of laughing and inspirational talk!

I’m happy we got this open-minded, outspoken (we’re teaching her that) girl in our family. Although it’s pretty hard to cook non-bland food for a girl that has the habit to eat spicy food. One thing: if you’re not Indian don’t try Niyati’s Biryani because it’s SUPER hot! Don’t say I didn’t warn you!

‘Till the next time! 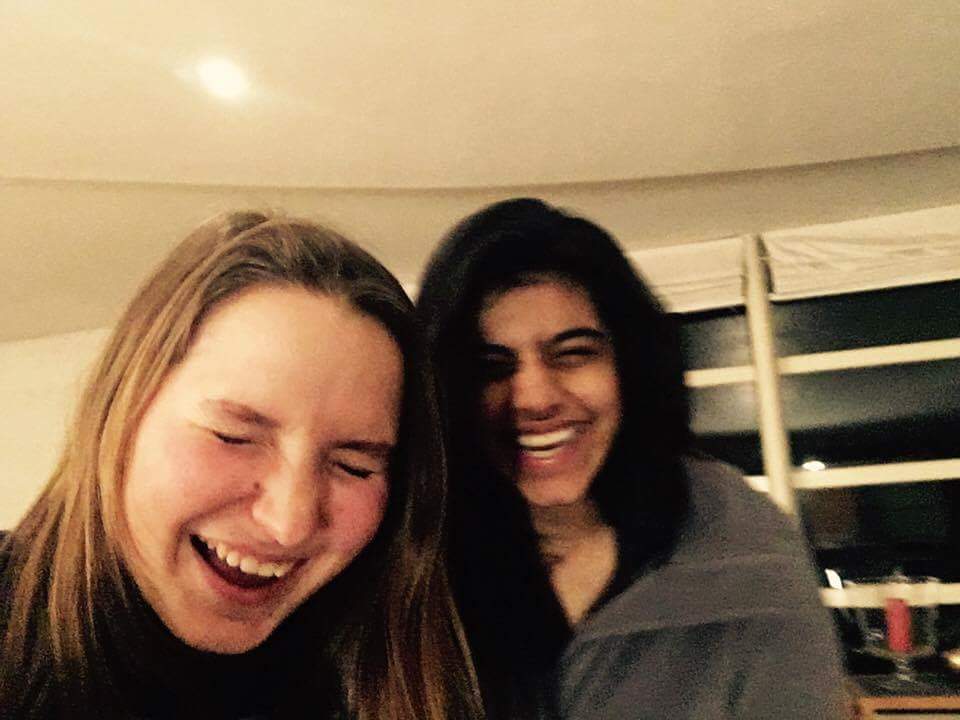